Dear colleagues and friends ,
Fellows in Science Congress, which was scheduled to take place in Mostar from 23rd to 25th of April 2020, has been postponed to
August 26.-28. 2020.
Please, mark your calendars!

We are considering the option to change the place of event to Sarajevo due to technical reasons. According to epidemiological situation we will make a decision any time soon – farthest by the end of March 2020. We will also decide on further steps following the situation with COVID-19 and inform you about it timely.
Everything has been prepared for the Congress in Mostar. We have planned to send you a final program before 4-5 days. After a careful evaluation of developments regarding corona-virus (COVID-19) epidemic, and considering the recent statements issued by the Health Ministry of Bosnia and Herzegovina and the related evolving world-wide restrictions and crisis, the Fellows in Science Organizing Committee was forced to postpone the Congress.

Thank you very much for your letters supporting the decision to reschedule the Congress to a later date.
Apart from that, special thanks for your future contribution to the Congress as most of you have confirmed your participation either by email or by phone. Most of you prefers and suggests that the Congress should be held from 26 to 28 August 2020. And finally, the Organizing Committee have accepted your suggestion.

Above all, we have analyzed the regional and Bosnian and Herzegovinian health authorities recommendations for large-scale events and came to the conclusion that we are not in a position to fulfill their requirements and guarantee a safe congress for our participants and industry partners at this time.
The health, safety and well-being of our delegates and partners will always be the highest priority for us.
This postponement is a fully equivalent replacement for the planned event originally scheduled on 23rd to 25th of April 2020. It goes without saying that registration fees for the event, as well as for the online services, will remain valid for the new congress date.
Registration for the next date remains open, too. The abstracts we had received were considered by the Scientific Committee and most have been accepted for presentation(s) during this meeting.
The final program will be completed by 25 June 2020. We will send you regular updates by infonews letters.
We would like to express our sincere thanks to our participants and industry partners for their understanding, continuous support and flexibility. The majority of our industry partners have already expressed their ongoing commitment and are fully on board for the Fellows in Science Congress in August 2020.
Please rest assured that in this unprecedented situation, the entire Fellows in Science team is doing their best to respond to any query at the earliest possible time and to make Congress in Bosnia and Herzegovina a memorable event for all.
We are already looking forward to welcoming you in Bosnia and Herzegovina in August 2020.

Yours sincerely,
In front of Organizing Committee,
Prof.dr Reuf Karabeg

Association of Plastic,Reconstructive and Aesthetic Surgeons of Bosnia And Herzegovina 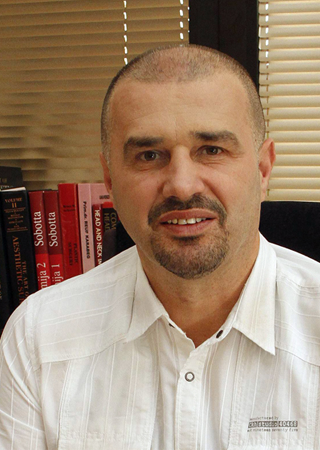 At the meeting of chairs of the BAPRAS member-associations  held in  Belgrade on 19 May 2017 in which I participated as a representative of  Bosnia and Herzegovina, it was agreed that the next conference of the Balkans Association will be held  in 2019 in Romania. Organisation of the 7th BAPRAS is under consideration, based on our proposal to be held in  2021 in Bosnia and Herzegovina. The decision on that will be rendered in the coming period, and you will be immediately informed about it.

On behalf of the Association of Plastic, Reconstructive and Aesthetic Surgery in Bosnia and Herzegovina (UPREHBiH), I would like to extend my greetings.

We usually reply with 24 hours except for weekends. All emails are kept confidential and we do not spam in any ways.

Thank you for contacting us :)